Mapping Ourselves in Michigan for the Youth Advisory Committee

The Youth Advisory Committee (YAC) of the Fremont Area Community Foundation is one of the organizations we’re working with in Michigan through the We All Care initiative. Atlas’ interest in working with community youth has been to better understand their perceptions of care in their community.

Atlas is premised on the notion that a community’s design, including services, spaces, institutions, etc. are best conceived by those living within it. Youth not excluded.

Before each workshop, as part of our evaluation process, we are conducting interviews with the organization leads. Patti Wheater has been at advisor to YAC for six years. We asked her to tell us about the YAC and about why she feels their participation in this project is so important.

Who the YAC are:

There are a total of twenty four teens on the YAC and they represent each of the high schools in Newyago County, as well as homeschoolers.  There are four from each group or school.

They are currently in the middle of needs assessments. According to the two schools they have surveys so far, one of the top concerns is drug use, vaping in particular. One of the causes, kids feel, is that they don’t perceive there to be much to do after school or on weekends. They also point to a feeling of being overwhelmed about future plans. Also, in terms of basic needs, many of the students experience poverty across the county, with many unique difficult situations at home.

Schools are small, and so the sense of community is there. Students who are part of YAC are selected after applying. They tend to be serious students, athletes, or already involved in the community more.

According to Patti, conversations about care or caregiving have likely not happened with these students, or teens in general. Many care for younger siblings or might be caring for a grandparent, but most are likely not really aware.

Atlas asked Patti about how she felt students would benefit from participating in the Mapping Ourselves Workshops. We also asked about how she felt the impact might be felt on their families, their schools, and their communities.

For Patti, she was interested in participating to help the students increase their skills in critical thinking; to recognize their own roles as caregivers; to build appreciation for care received; to feel more committed to the community; to have a sense they are involved in something important; and to feel seen and valued in their interaction with adults. She also sees the workshops as influencing upcoming grant making decisions, illuminating need in different ways for unique communities. Finally, Patti saw the workshops as playing a critical role in the YAC efforts for diversity, inclusion, and equity. Building insight and empathy amongst students could help shape intentions and motivations. 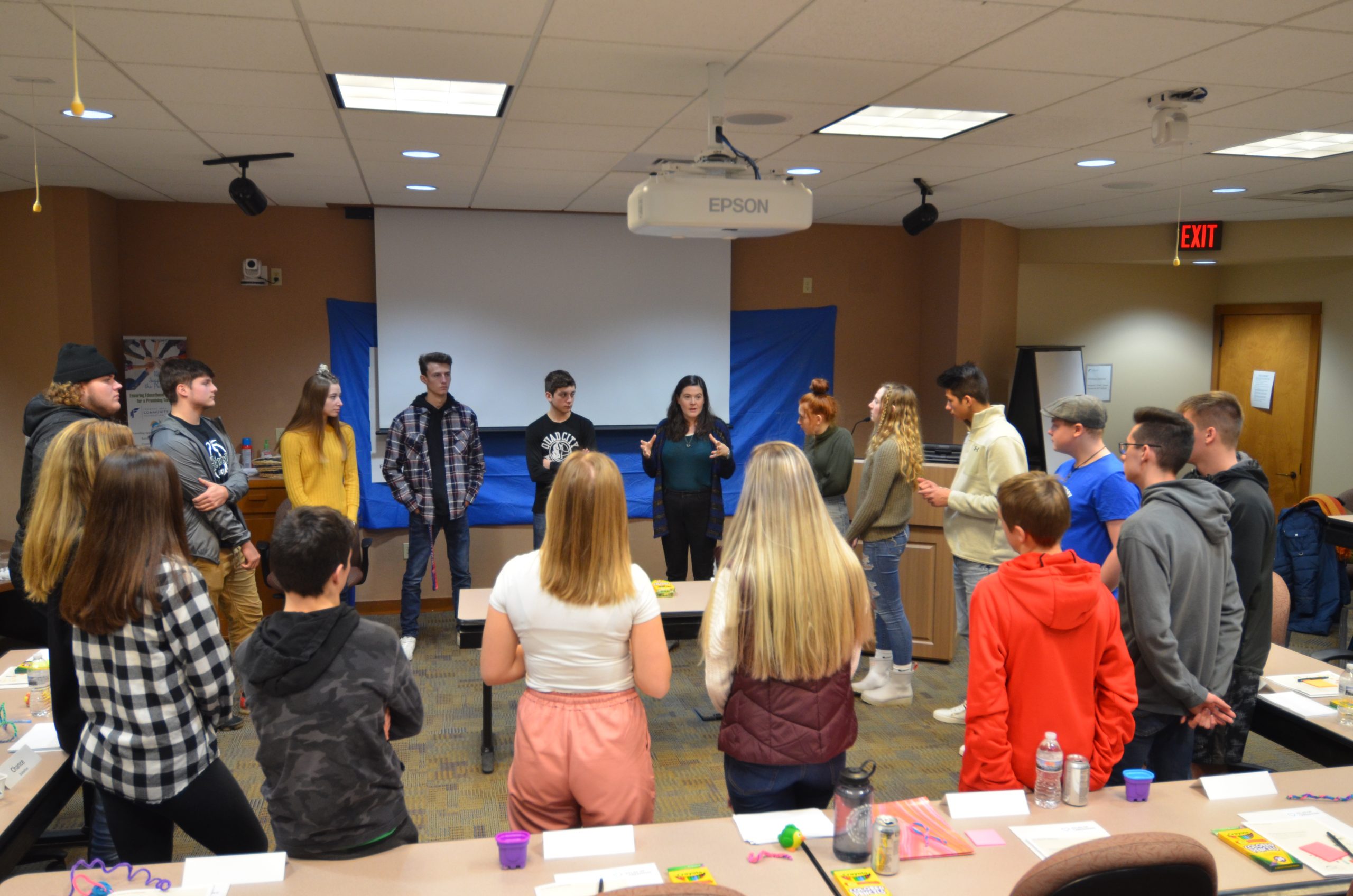 On January 10th Atlas of Care launched its Mapping Ourselves series for the YAC. This was a first in a series of three 2-3 hour workshops designed specifically for teens. In general, we experienced strong participation amongst the 17 students.  For three and a half hours (we forgot to break!) they were engaged and thoughtful. 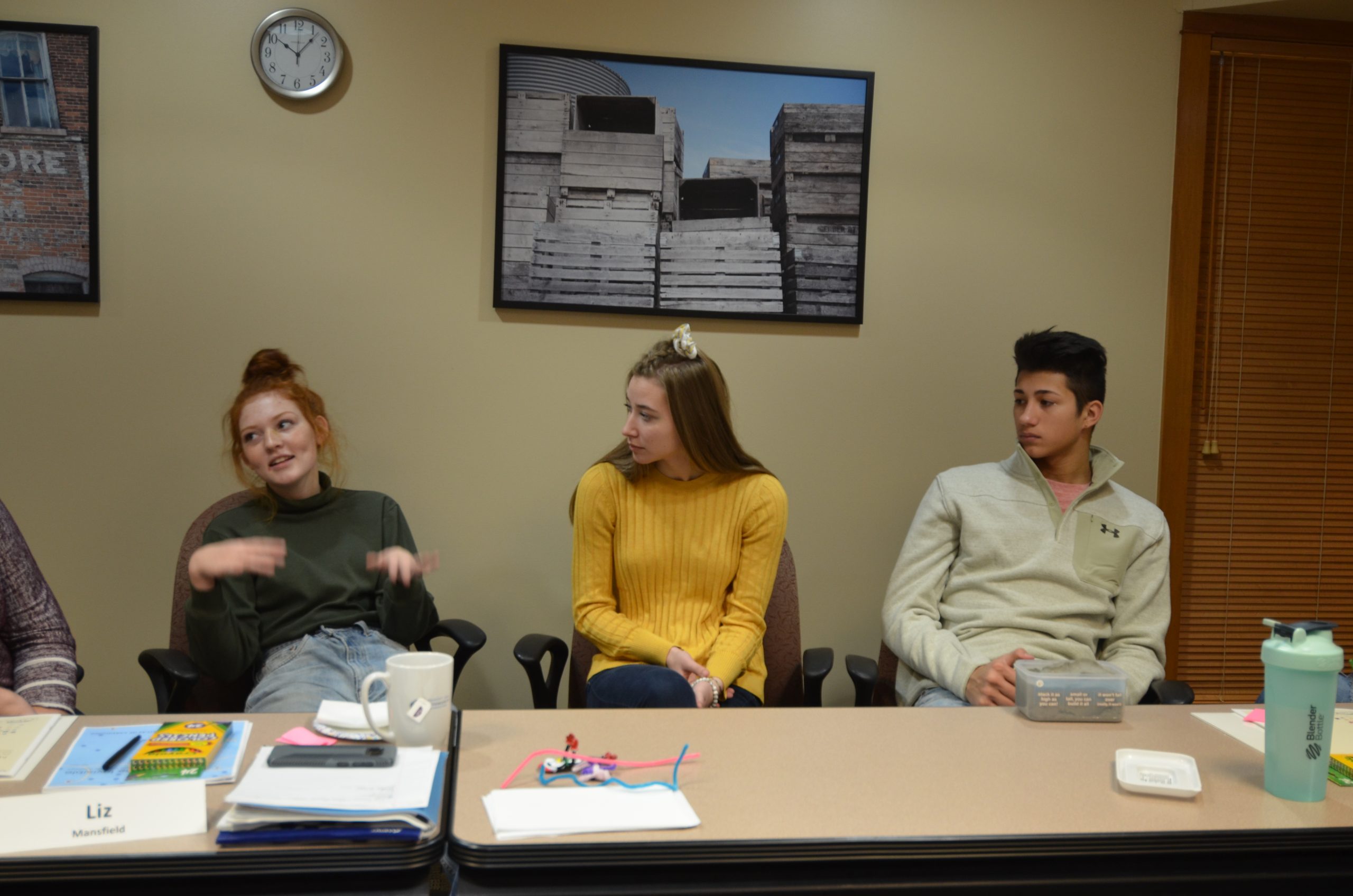 One of the activities we did right at the beginning of the Mapping Ourselves workshop was to help the students think about all the care in their lives, while also to extend definitions of care beyond just medical or health-related activities. 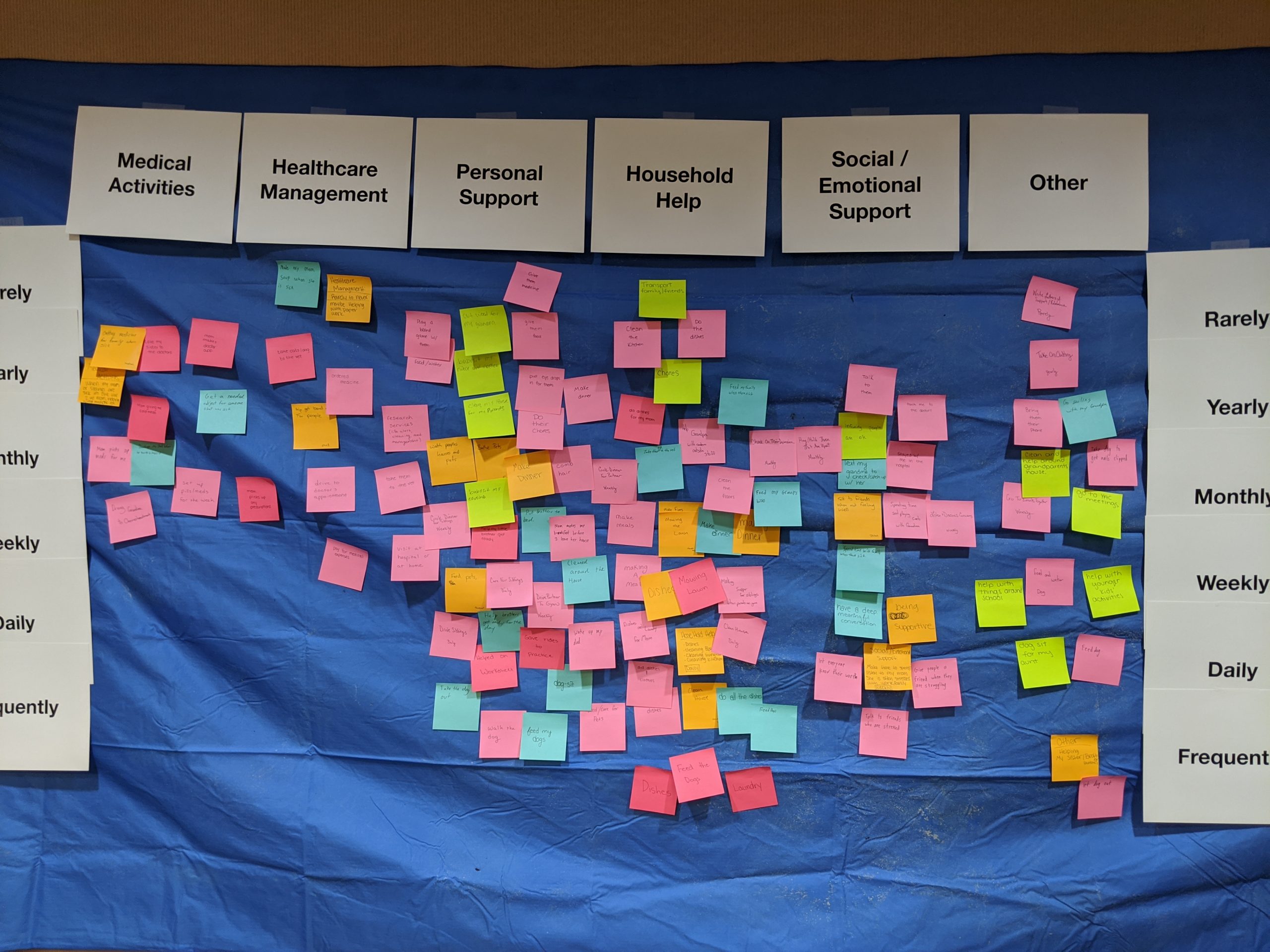 Many students said they had never considered how much care they gave and received every day. 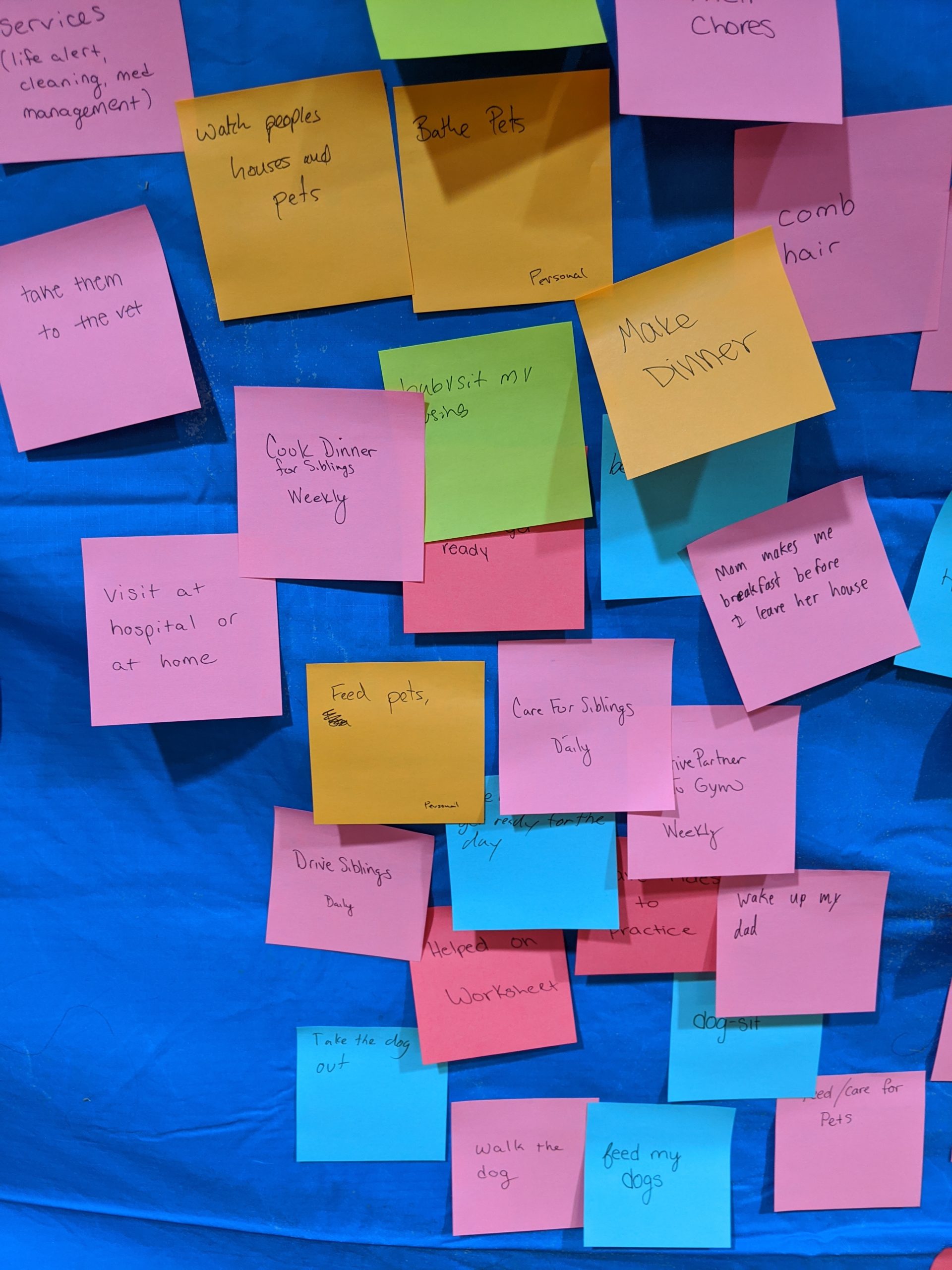 This activity was the precursor to having the teens draw their Atlas CareMaps. Students reported increased awareness of how care flowed between people in their lives. And for some students, the CareMap illustrated lack of people or relationships around them.

The use of technology did not come up in the student’s comments, but we were curious so we asked if tech played a role, as a way to express care, or connect with others. “Without technology,” said one participant, “a lot of these people wouldn’t be on my CareMap. But Text and FaceTime keeps them on my CareMap.” Another participant responded when asked if online communities were important: “You can’t be as close with online communities as you are with friends and family.” 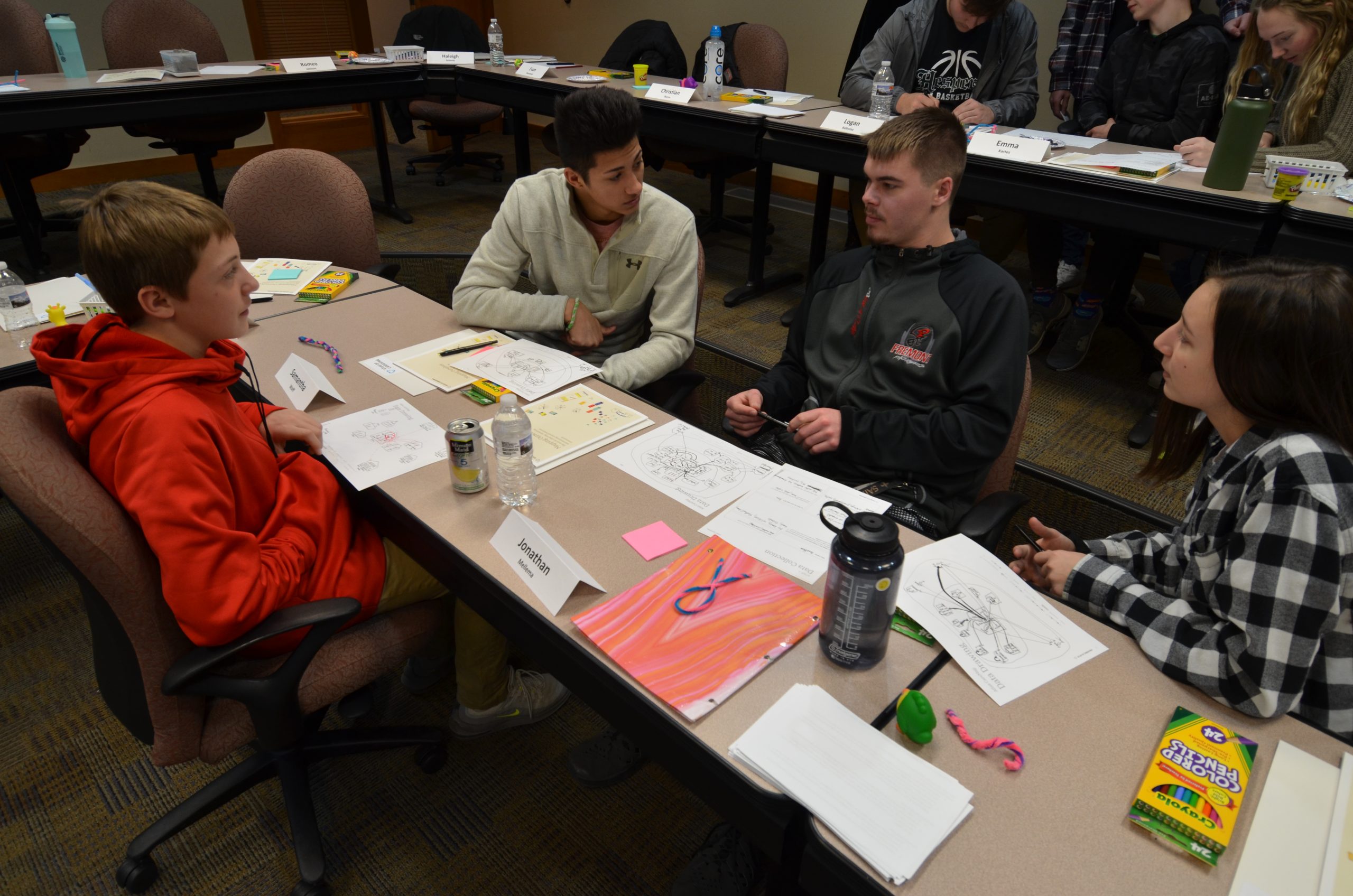 There were also observations about being more intentional about building caring relationships:  “The CareMap helps show a person could be caring for me but I don’t care for them…but I might want to more.”

The CareMap helped the students to see relationships they hadn’t considered before. The new Mapping Ourselves tools help to make visible different relationships, behavior, and activities that aren’t seen, and so aren’t truly valued. 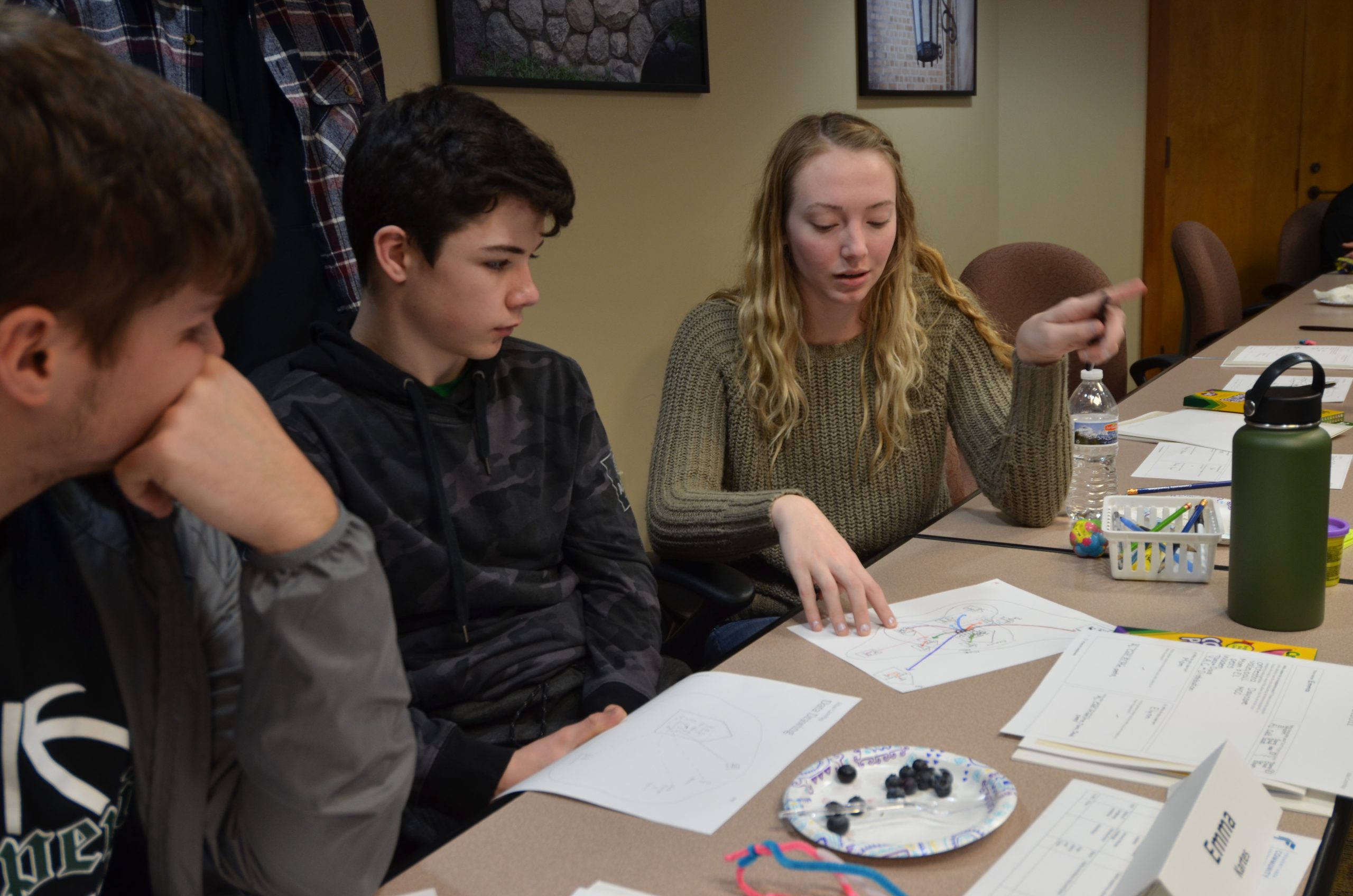 So after this activity, Claire and Raj began to introduce the concept of personal science, showing them examples of what people have tracked in their lives and how they have visualized such data. When the students were asked to respond, it turned into one of the most animated parts of the day. They were asked what they would be interested in learning about in their own lives. Ideas ranged from tracking the amount of water they consumed throughout the day to tracking the number of yawns.

Regardless of the idea, it was their idea.  It showed that the students began to consider all the things they could examine in their lives to learn more about where they spent time, money, energy, etc.

For “homework” we asked the YAC to share their CareMap with one or two people and to ask those people about their perspective on what the student had drawn. We also asked them to pay closer attention to the care given and received in their lives and to draw another CareMap, bringing this second version to the next workshop.

As we think about the greater impact we are trying to have with the We All Care Initiative, working with youth, really listening to them, and helping them to consider community and care as they begin to interact with more institutions and services could lay critical groundwork for positively shaping future organizational cultures and services in their community.